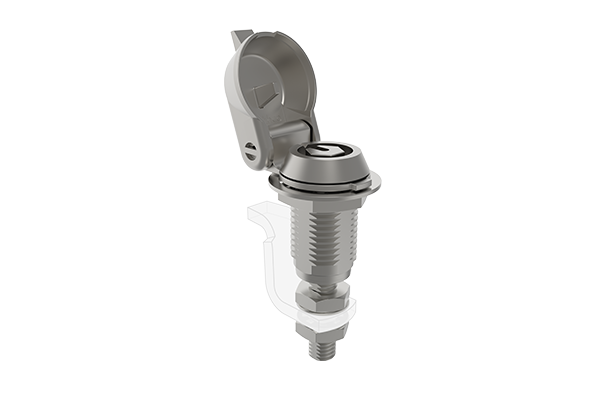 Southco has expanded its line of VISE ACTION® Compression Latches with a new covered version that allows the operator to identify whether the latch is open or closed. Southco’s E3 VISE ACTION® Compression Latch with Bi-Stable Cover is designed with a cover that pops open when latch is not secure, providing visual indication of latch status. This new offering expands the line of MAKE SAFETY VISIBLE BY SOUTHCO™ products, which provide visual indication for improving safety and monitoring access in a wide variety of applications.

Due to their relatively small size and symmetrical shape, it is hard to see if a typical round headed compression latch is securely fastened from any distance. The E3 VISE ACTION® Compression Latch with Bi-Stable Cover provides clear visual feedback of whether a panel is fully closed, or not closed. This helps prevent security and safety risks for end users operating and maintaining rail, lighting and industrial equipment.